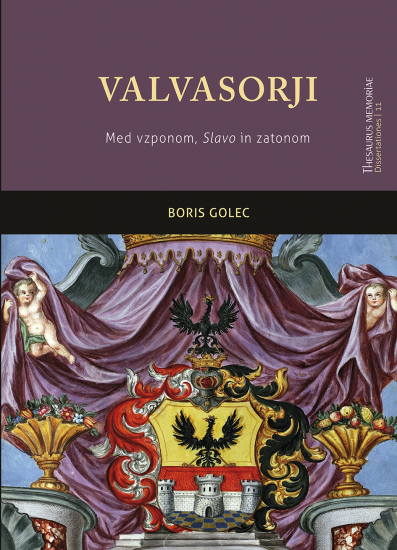 
The monograph ('The Valvasors. The Rise, the Glory and the Decline') on the Carniolan noble family Valvasor in the period from the 16th to the first half of the 19th century pays just a slightly more attention to the life and work of the polymath Janez Vajkard Valvasor (1641–1693) than to the life courses of other family members. The principal aim of the comprehensive research on the polymath’s family is to cast light on the rises and falls, misfortunes and successes of individuals as well as noble society in the present-day Slovenian territory. A society woven together by genealogical ties attached to the common family tree that was founded by a northern Italian immigrant, an anonymous servant Hieronim Valvasor (about 1550–1602/3).

The story of his extraordinary rise to seigniority and nobility is astonishing as the research spirit of his grandson Janez Vajkard will be exceptional in the following century and the decline of the biological power of the then ramified family will swift two hundred years later. The Valvasors are today one of the extinct noble lineages that bore some significance in Carniola in their time, though not belonging to the old, highest-ranking, wealthiest and most influential families. Different family branches ascended to different levels of accomplishment and reputation, with individual members making up an assorted palette of influential and otherwise notable personages, average noblemen of their day, to individuals who pushed the boundaries of social norms.
Even though some of its representatives had a prominent and important role in the Carniolan public life during the 17th and in the first half of the 18th century, the family would have become just another extinct noble family from the central Slovenian province, if the name of the polymath Janez Vajkard had not risen high above all Valvasors. It was only through him and particularly through his monumental Glory of the Duchy of Carniola (1689) that the family had forever written itself into the history of the province and beyond, adding great significance to the family name Valvasor. The Glory found its place also in the subtitle of the monograph, midway between the rise and the decline of the family.