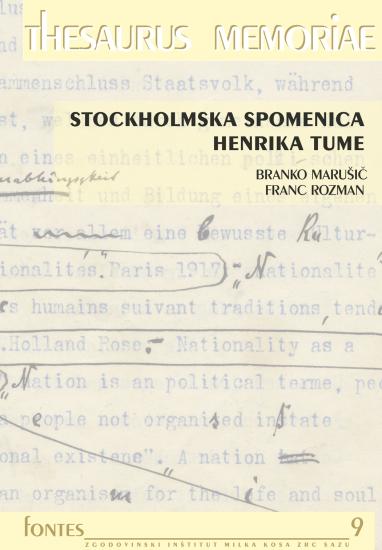 
In 1917, as the war had drained much of the strength from all warring sides, the Socialist International decided to convene a peace congress in Stockholm. The Yugoslav Social Democratic Party obtained the invitation to attend the congress as well, appointing Dr. Henrik Tuma as its representative. In order to make the attendance of the Slovenian Socialists as effective as possible, Dr. Tuma drew up a special memorandum in German. However, as the conference was prevented by the opposition of the Socialist parties from the Entente states, the memorandum did not have the desired significance and effect.