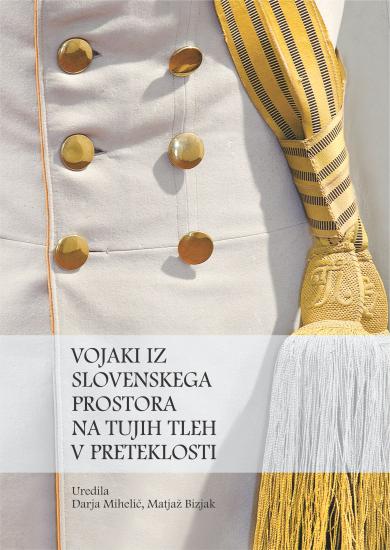 
The monograph is the result of a project research that aimed to shed light on the history of the presence of soldiers from the present-day Republic of Slovenia on foreign soil. Now that Slovenian military units are participating in peace operations in crisis areas within the framework of NATO’s missions, it offers a retrospective view of various historical situations that once led soldiers from the Slovenian territory to different corners of the world. The contributions relate to nearly all historical periods from Antiquity to the 20th century and, among others, describe the structure of the military organisation of the Roman Empire, the medieval and modern noble army and the Crusades, as well as the inclusion of the Slovenian population in the military systems of all state formations that have encompassed the Slovenian territory since the creation of modern states. As evident from the monograph, the Slovenian territory was, in military terms, embedded in the broader European and partly world community.