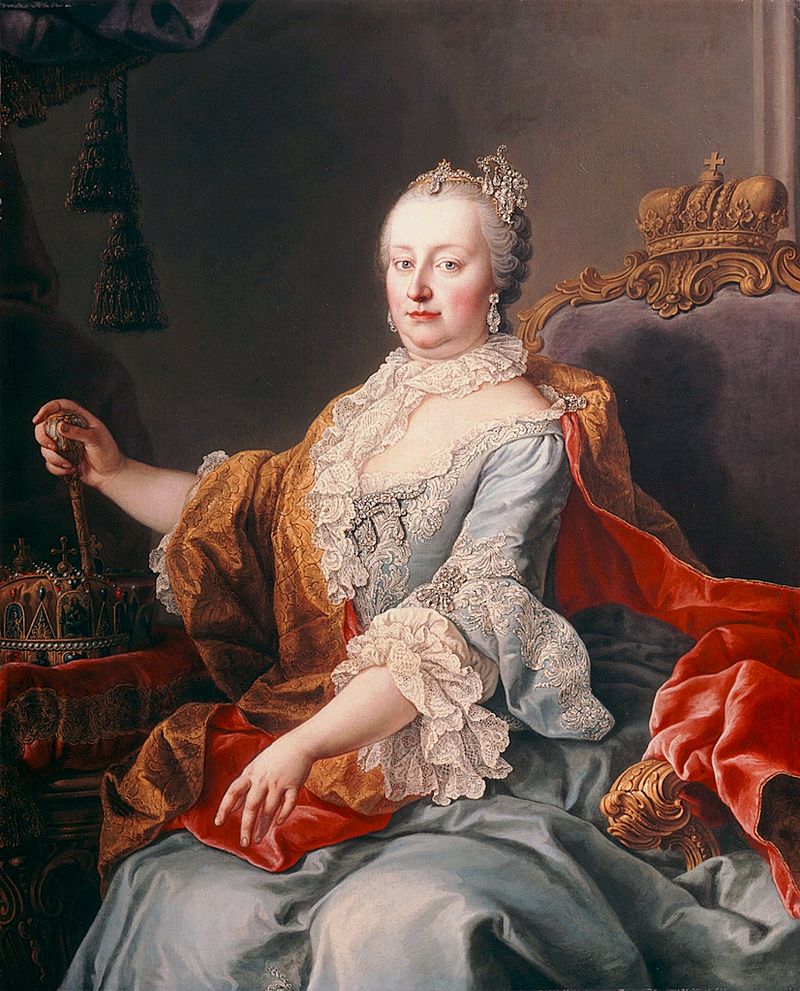 In 2017, we celebrate the 300th anniversary of birth of one of the most important European sovereigns, Maria Theresia (13 May 1717 – 29 November 1780), who, as the Archduchess of Styiria, Carniola, and Carinthia and Countess of Gorizia and Gradisca, played an important role in Slovenian history. Immediately after her accession in 1740, she was confronted with the War of the Austrian Succession, during which the weaknesses of hereditary crownlands were revealed, and thus she decided to implement administrative, economic, political, tax, education and military reforms.

Among her most important reforms were the formation of the state administration, reform of the tax system, unification of the penal code, introduction of the Theresian cadastre and compulsory elementary schools (at the lowest level, classes were held in local languages), promotion of local economy (mercantilism) and education, military draft, improvement of the position of farmers in the society (physiocracy) etc.

Her main overall goal was to strengthen the monarchy; nevertheless, her reforms also had several positive effects as they began the processes of modernization in all parts of the monarchy, including in Slovenian crownlands. Some of the reforms were abolished together with the monarchy whereas others remained (in changed or updated versions) even after the monarchy had been abolished.

The conference will open on Wednesday June 3rd at 20:00 hrs with a concert of the musica cubicularis ensemble and the solist Alessandro Ciccolini on the baroque violin.*

*  Tickets for the concert will be available at the Azil bookstore from 29th May 2017 onwards.

** Programme is preliminary and subject to change

EVENTS All events
There are currently no new events.